Dr. Michael A. Baston is the 7th President of Rockland Community College. A national leader who helps develop comprehensive supports that foster college completion, Dr. Baston’s work has been featured on MSNBC, and in The Chronicle of Higher Education, The Atlantic, The Community College Times, and Black Enterprise Magazine. Additionally, he’s a contributing author to Race, Education, and Reintegrating Formerly Incarcerated Citizens and The Handbook for Student Affairs in Community Colleges.

Dr. Baston was a member of the inaugural class of Aspen Institute Presidential Fellows for Community College Excellence where he explored systemic issues affecting the educational access pipeline and student success. As a national Guided Pathways coach for American Association of Community Colleges, he is noted for his work with college leadership teams around the nation, helping them integrate student success initiatives to advance college completion. Dr. Baston is the incoming Co-Chair of Jobs For The Future’s Policy Leadership Trust, a Commissioner of American Association of Community College’s Commission on Institutional Infrastructure and Transformation and member of the National Advisory Board of Center for Community College Student Engagement.

Dr. Baston began his career as a public interest lawyer representing various educational institutions and social justice organizations. His work with academic clients led him to pursue a second career in academia as both a professor of legal studies and business and a student affairs administrator. Dr. Baston holds a BA from Iona College, a JD from Brooklyn Law School, and an EdD from St. John Fisher College. 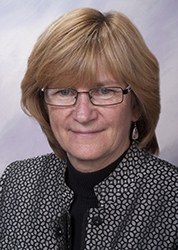 From 1983-2008, she worked for SUNY Orange County Community College as a full Professor in the Department in Human Movement, an Associate Vice President for the Health Professions, Athletic Director and Union President of the Staff and Chair Association.

Deer holds a PhD in Education from Capella University, Minneapolis, MN; a Master of Science degree in Biophysical Focus of Human Movement, with a concentration in Exercise Physiology and Kinesiology, from East Stroudsburg University, PA; a Bachelor of Science in Liberal Arts from SUNY Brockport and an Associate in Art from SUNY Orange.

Dr. Helen Castellanos Brewer is a student affairs professional with over twenty-year of leadership experience at both two and four-year; single and multi-campus institutions, with enrollments exceeding 26,000 students annually. Her areas of expertise include administration and management, strategic enrollment management, student engagement, retention, community outreach, student success initiatives, and federal grant administration. Prior to RCC, she served as Director of the Richmond Campus at Wharton County Junior College in TX, and Vice President of Student Development at Union County College in NJ. Before Union County College, she served as Associate Dean of Student Development at Montgomery College, Rockville Campus. Dr. Brewer holds a Ph.D. from Seton Hall University in Education Leadership, Management and Policy; a Master’s in Counseling from Trinity Washington University; and a Bachelor’s in Psychology from the University of Maryland College Park. Dr. Beth A. Coyle has more than 30 years of higher education experience focusing on academic, administrative, operational, and auxiliary enterprises in both the public and private sectors. She has led academic and administrative teams at public and private universities, and has served in consulting roles for a variety of higher education institutions, businesses, and nonprofit organizations.

Dr. Coyle received her bachelor’s degree at The College of New Jersey, and earned a master’s degree with distinction from Rider University. She was the recipient of a graduate fellowship from Nova Southeastern University’s Programs for Higher Education where she earned a doctoral degree. Susan is the VP of Institutional Advancement here at RCC. In this role she manages Strategic Marketing, the RCC Foundation, Institutional Research and Grants. Before she joined RCC in 2018, she spent 11 years working in several roles at LaGuardia Community College in Queens. Susan is passionate about Community Colleges and considers this her life’s work. She feels that elevating students and giving them opportunities is world-changing work. Before LaGuardia Community College, Susan worked in various roles in the non-profit sector in NYC and abroad including teaching in Belfast, Northern Ireland and Kobe, Japan. She also opened a school in Jakarta, Indonesia where she lived for 4 years. Susan lives in Milford, PA with her adorable little dog Margo. Ben Naylor, President’s Chief of Staff, came to RCC in 2014 with a strong background in political and project management. He served as a researcher and in a direct support role to NBC News and National Journal political analyst Charlie Cook at the Cook Political Report, a 30-year old publication which provides analysis on federal campaigns and elections. He continued his career as a political analyst at Global Strategy Group, a Manhattan-based firm focusing on corporate and political strategy. He provided advice and counsel to Fortune 500 corporations, non-profits, and local, state and federal political campaigns. He then made the transition to higher education at New York University, helping a wireless engineering start-up program get off the ground. The program is now self-sustaining and brings in annual multi-million dollar revenues.

As Chief of Staff, he serves as a trusted adviser and principal aide to the President and provides management support to the Board of Trustees. He is responsible for advancing the leadership agenda of the President and leads, coordinates and administers a number of College projects. He also directs the government relations function at RCC and is responsible for the overall legislative outreach strategy of the College.

Melissa L. Roy, JD is the inaugural Chief Diversity Officer at SUNY Rockland Community College in Suffern, New York. In that capacity, she works to ensure that the College’s commitment to diversity, equity and inclusion is reflected in all its policies, work, and practices. She previously served in various roles at the College where she was the Equal Employment Opportunity officer, the Title IX coordinator, and the Middle States accreditation liaison officer.

Ms. Roy earned a Juris Doctor from Boston University School of Law and Bachelor of Arts degree from Tufts University. She holds a certification in Collective Bargaining from Cornell University’s ILR School. She was selected as a member of the Leadership Rockland Class of 2007 and Rockland County’s Forty under 40 in 2005.